Why I switched to a whole foods vegan diet 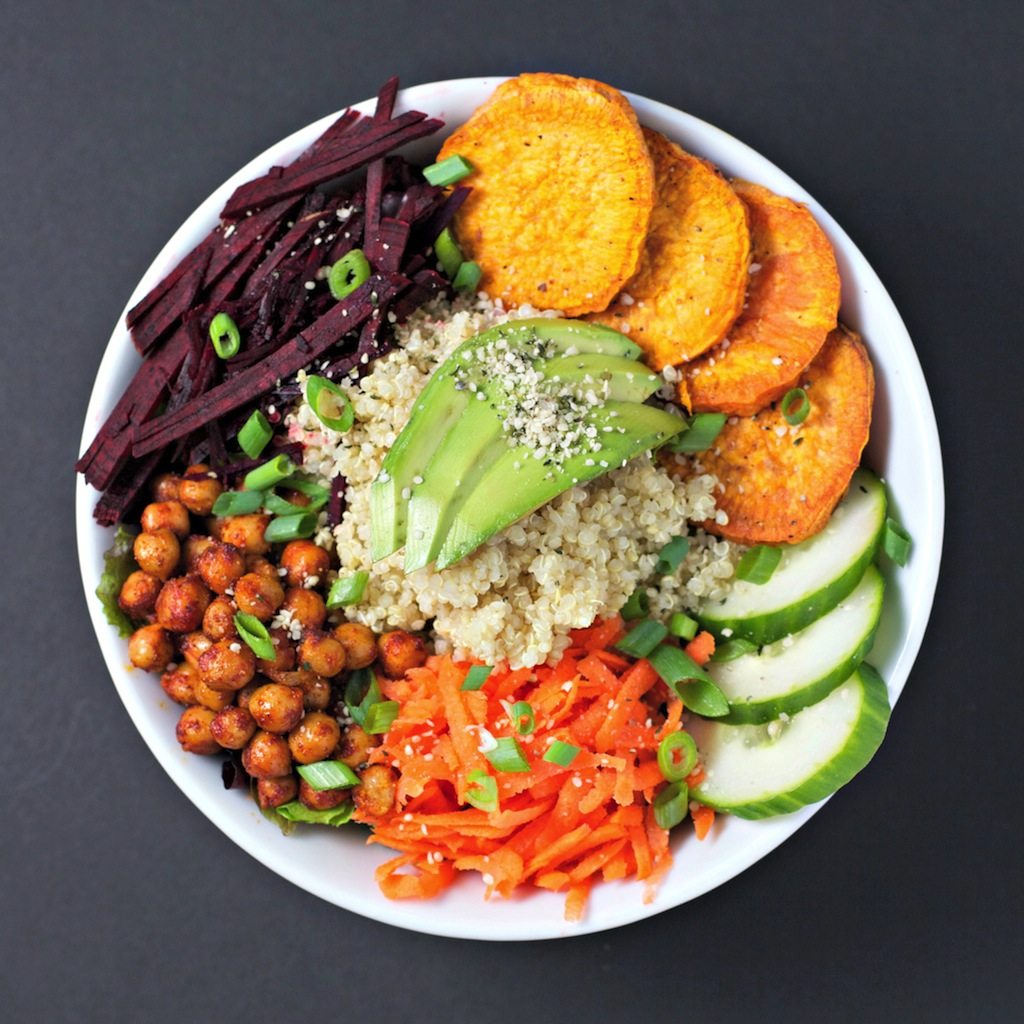 I’ve been a fitness and nutrition coach for several years. I became a coach because, after losing my mom to ovarian cancer 16 years ago, I’ve been on a perpetual quest to find out how a person with “no risk factors” gets cancer at 47 and dies at 52. I want to avoid that fate, and be here (mobile, alert and healthy) to welcome my great, great grandchildren into the world. And I want to help others do the same.

Gradually, over the past 6 years, as I’ve been following a healthier lifestyle, I have eliminated nearly all processed foods from my menu. My meals tend to consist of vegetables, lean protein, healthy fats and whole grains (gluten free, of course). I occasionally drink a glass of wine, or eat some rice crackers, baked tortilla chips or dark chocolate (I mean, you have to indulge once in a while!). But other than that, I’m a very clean eater.

About 6 weeks ago, I began a brand new fitness & nutrition plan. I absolutely LOVE the workouts, and the simplicity of timed nutrition. But. I was running out of creative ways to cook chicken breast.

I got to a point one day a few weeks in that I literally could not eat another bite of meat. I was just over it. Thankfully, the program I’m following has a vegan menu option. So, I started researching vegan eating. I wasn’t sure it was a good idea to eat no animal protein when you are working out 6 days a week, lifting heavy weights.

I found out that is absolutely safe to eat plant-based. In fact, if you google vegan athletes, you will be amazed at what many people have accomplished with their bodies!

Through a lot of research, I learned a few important things

First, there is a significant difference between “vegan” and “whole food plant based” (WFPB). Veganism is simply the absence of animal products in your diet. No meat, fish, eggs, dairy. So, since gummy bears, fried corn chips and oreos don’t contain animal products, they would be considered vegan. They are absolutely unhealthy foods, but they are technically vegan. (This is something I learned to look for when I was diagnosed with Celiac Disease. A food can be gluten free, and be horrible for you. Often, processed gluten free foods are loaded with extra sugar and fat, to mask the fact that they taste like cardboard. So reading labels is something I’ve become very accustomed to.)

By contrast, WFPB eating focuses on avoiding processed foods, especially those with added sugar and fats. So, a WFPB diet would not include gummy bears, for example.

Second, I decided to take a B-12 supplement every few days, since (due to modern sanitation) this is the one nutrient that vegans have trouble getting enough of. I also learned that iodine had the potential to be difficult to get, since WFPB would not include table salt (I use sea salt instead).

Third, I found out the best plant-based protein options. Did you know that lentils are the 2nd highest protein-rich plant, after soybeans?

Fourth, I found several WFPB & vegan groups where you can get help starting a WFPB or vegan diet. It was suggested that I should take Beano, or a digestive enzyme, as my body would need time to adjust to this new way of eating, which includes A LOT more fiber than the average American consumes. (Read: you will likely have a lot of gas for a while. Be nice to your hubby and try to control it a bit).

Fifth, I found out that I would probably experience mild flu-like symptoms, as my body was detoxing from eating animal products and processed foods.

Sixth, I learned that in recent years, the FDA, AMA, American Cancer Society, American Heart Association and other major health organizations have begun suggesting that we need to eat a lot more veggies, and a lot less meat. (just look at the new “plate” that has replaced the food guide pyramid. I believe it’s not what it should be, but it’s heading in the right direction.)

Although these organizations have to struggle dealing with food industry and pharmaceutical lobbyists, who would generally rather we eat what they sell us and then take a drug to deal with the effects, the evidence has become overwhelming, and recommendations are changing to support what more and more studies show:

I was already eating clean, as I mentioned before, and drinking Vegan Shakeology daily. Milk protein was hard on me, since I’m also lactose intolerant. Which, come to think of it, isn’t surprising, since I’m not a cow, so why would my body be awesome at processing cow’s milk? Shakeology has been an amazing supplement to my already pretty healthy diet. It has tons of fruits, veggies, and superfoods that I would otherwise have a hard time getting every day. So, my detox symptoms only lasted about a day. I felt tired, woozy, and had a dull headache and a bit of stomach discomfort. I drank a lot of water that day, to help flush things out, and I felt great the next day.

I decided after looking at the research, that I wanted to switch to WFPB eating. I’ve been following this eating plan  for a little over 3 weeks now. Here are my thoughts so far:

I don’t miss animal products. Like, not at all. My husband and 4 sons are still staunchly in the “meat is necessary for building muscle” camp. So, I do still cook meat for them. I just make an alternative protein for me. I am, however, gradually introducing dinner menus that don’t include meat (like bean & mushroom chili. Which my hubby loved, btw).

I definitely had more gas at first, and I’m glad I bough the digestive enzymes. BUT, I also feel better. Lighter, less “blah”. My energy has stayed more steady. No afternoon “crash”.

The only thing I am having trouble doing without is honey. It has a lot of health benefits, and if I’m going to add a sweetener to anything, I’d prefer honey over maple syrup. So, I may add that back in.

Lentils are amazingly versatile. Fruit is delicious. And so are veggies.

I am still building my library of recipes. The first week, I ate a whole lot of black beans, lentils, salad and sweet potatoes. I don’t mind eating the same thing a few days in a row, but I don’t want this to start seeming eerily similar to where I was at with chicken breasts a month ago.

So, in conclusion. I so far really like eating WFPB. Will I avoid all animal products forever? I don’t know yet. Time will tell. But, for now, pass me some kale!