The busy mom putting yourself last. The busy professional with back-to back meetings all day & no time for lunch.

You’ve put on a few pounds in the last couple of years. You don’t seem to have enough energy to get you through the day, so you’re relying on coffee and energy bars.

You wake up with aches and pains. You seem to develop a new symptom of SOMETHING every few months, and no one can figure out why.

You’ve tried diet and exercise, but nothing has stuck for very long. You’ve cut calories, but you haven’t really changed what you are eating because you aren’t sure how.

You’re tired of feeling like crap, and you want a solution that will actually work.

I see you because I WAS you.That was me 10 years ago. I had constant stomach pain, bloating and I felt like I lived in the bathroom. I had seasonal allergies that just got worse every year. I developed anxiety & panic disorder. I had joint pain and swelling. My periods were terrible. They lasted at least a week, and I had horrible cramps, bloating and migraines. I had absolutely zero energy.

I was eventually diagnosed with Celiac Disease. I stopped eating gluten, and I got a little better. I was put on an anxiety med that had some pretty unpleasant side-effects. I was prescribed allergy shots (REALLY bad side effects), an inhaler and a nasal spray to deal with my allergy symptoms. I modified my activities to deal with the joint pain and swelling.

I was seeing an allergist, a psychologist and a gastroenterologist, as well as my primary care doctor and my OBGYN. 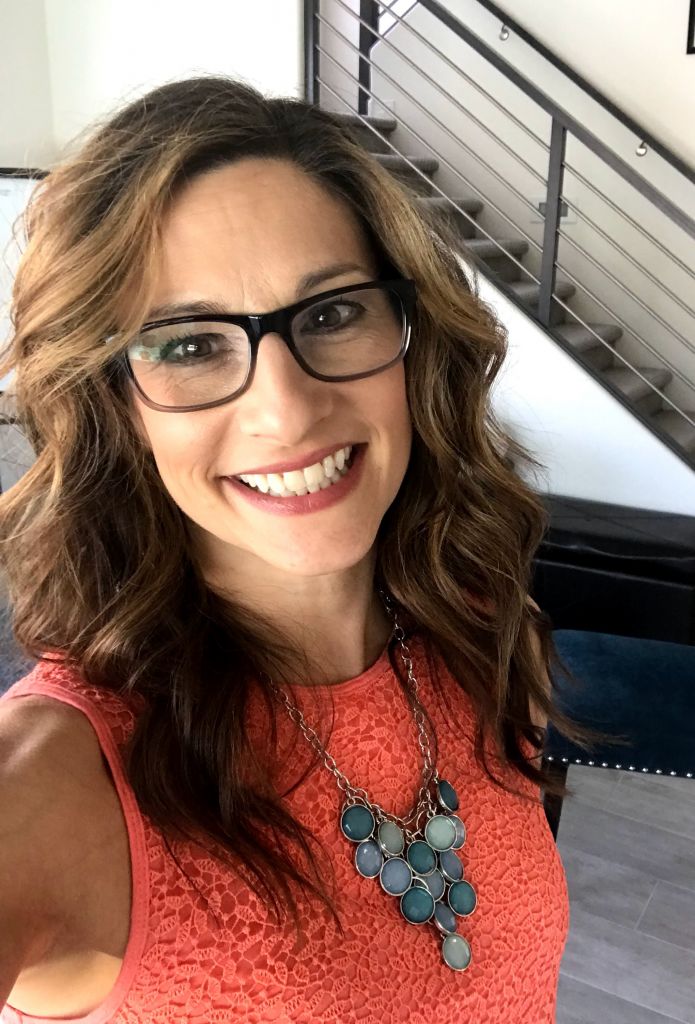 I never put together that all of these symptoms could be stemming from the same underlying cause.

No health professional ever suggested that there even COULD be a root cause. I just thought that all these things were part of the aging process. After all, pretty much everyone I knew in may age group had some kind of health issue that they were on medication for.

After nearly a decade of living with all of these health issues, I got fed up with feeling like crap.

And around that time, I also lost my mom to ovarian cancer. I decided something had to change. I began researching nutrition and discovered that it had a LOT to do with health and disease symptoms.

I began changing my diet. My main goal was to avoid developing cancer. But as my diet changed, I was amazed that other symptoms began to disappear. I no longer had severe allergies, and was able to stop the shots and inhaler. The joint pain and swelling disappeared. All symptoms of my celiac disease began to disappear. Eventually, my anxiety and panic were gone too.

Today, I am on zero medications. I have zero health issues. I have not been to the doctor for a sick visit in over 4 years. I have so much more energy than I did 10 years ago. My weight is the same as it was when I was in high school, and it doesn’t fluctuate.

I felt SO. MUCH. BETTER. That I knew I had to help others feel better too. So I became a certified holistic nutrition coach. I now help people like me by teaching them to look at the whole picture, and find the root cause of their symptoms.

That’s why I started the 10 Years Younger Challenge!

Participants have had incredible results! Some lost weight, some reduced or eliminated health issues like migraines, stomach issues and hot flashes.

Some just learned how to eat better to feel better!

One client said “I am so grateful I started this journey with you and I am so ready to step it up even more!”

Another said “I woke up today feeling like a new person!”

Because this program helped so many women regain control of their health, I decided to run it again in April 2022! This program is tailored to YOUR specific needs! Get one on one hot-seat laser coaching plus group coaching! We will set realistic, achievable goals to help you lose weight, gain energy, and eliminate symptoms through nutrition an lifestyle changes.

Enroll in the 10 Years Younger Challenge For just $199

Space is limited and spots are going fast, so enroll today!  **Please message or email me to confirm current dates for this program.  As of this posting, we’re starting March 7th, 2022.

Here’s to your improved health this year! 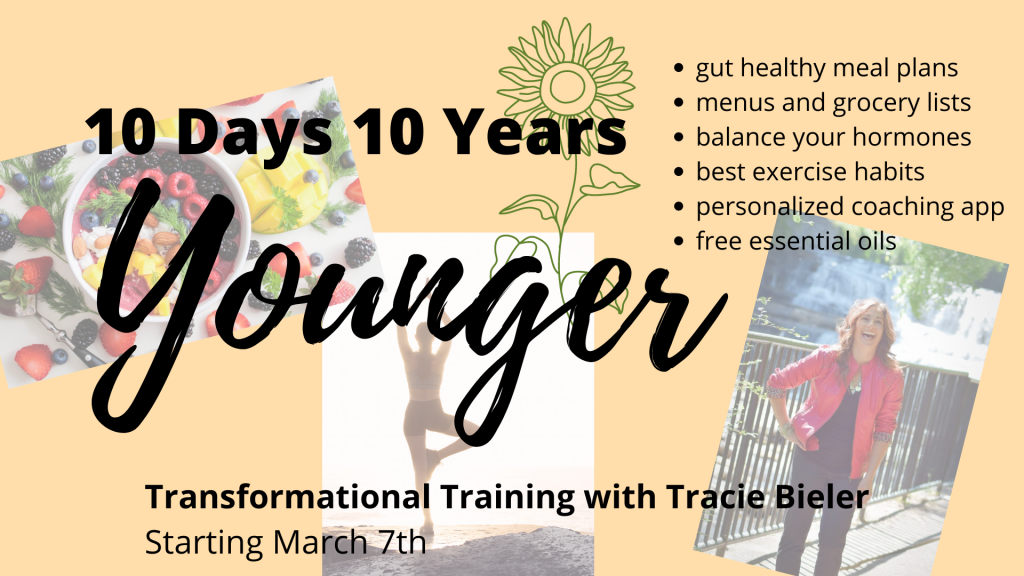 Fill out the form below to get started and I will be in touch with you shortly with further details.